We had so much fun learning to sing in Korean, with some adaptations, and were deeply moved by the response to this powerful song. The Koreans in the audience were delighted to hear Love, Peace and Harmony sung in their language by all of us who are from many cultural backgrounds. This touched their hearts deeply. 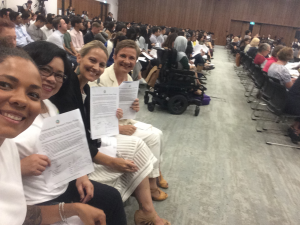 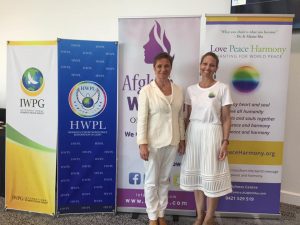 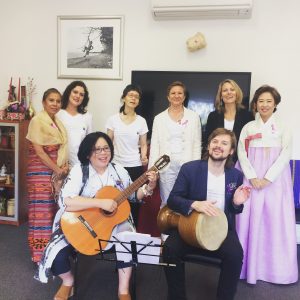 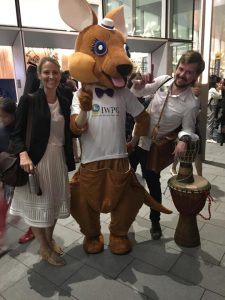 We were invited to perform at the International Women’s Day Breakfast in honour of Her Excellency Lady Cosgrove (the Commonwealth of Australia Governor General’s wife) at the Embassy in Canberra. An indigenous elder opened the event by honouring the indigenous owners of the land. The Ambassador of Timor-Leste honoured us with traditional scarves. 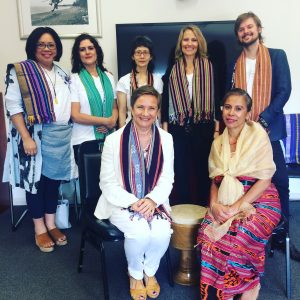 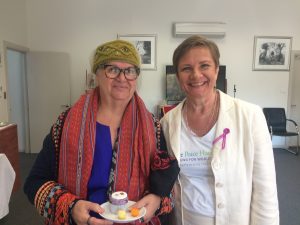 We attended the 3rd Annual Commemoration of the Declaration of Peace and Cessation of War Peace Letter Day to write letters of peace to the Prime Minister of Australia. A group photo was taken with the IWPG representatives together with the Consulate General of Timor-Leste of Sydney. 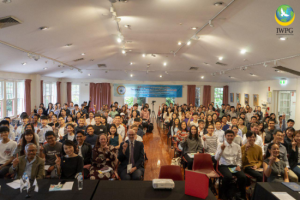 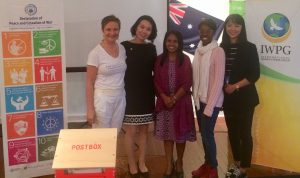