Dr. and Master Zhi Gang Sha is a New York Times bestselling author and a pioneer in modern day spirituality. He is a medical doctor in China and a doctor of traditional Chinese medicine in China and Canada. From a very early age, he studied several Eastern arts and is a Grandmaster of tai chi, qigong, feng shui, and the I Ching. In 2016, he was appointed to the position of National Calligrapher Master and Honorable Research Professor by the State Ethnic Academy of Painting. Master Sha has traveled worldwide for many years to teach ancient wisdom and modern spiritual practices.

In 2010, Master Sha founded Love Peace Harmony Foundation. He has been recognized widely for his extensive humanitarian activities. His awards include the Martin Luther King, Jr. Commemorative Commission Award for his outstanding work in promoting peace. Master Sha has also been honored by the Council of the City and County of Honolulu and was named an Honorary Member of the Budapest Foundation, an organization dedicated to resolving social, economic, and ecological challenges of the twenty-first century. In addition, he was one of the founding members of the Fuji Declaration, whose mission was to create lasting peace on Mother Earth.

Master Sha received a Commendation from Los Angeles County for his humanitarian efforts both locally and worldwide, and in 2017 was honored with the International Tara Award from Ven. Mae Chee Sansanee Sthirasuta of Sathira-Dhammasathan, for being a person who acts like a Bodhisattva, doing good for society. Master Sha is the founder of the Tao Academy and has trained Master Teachers around the world. He has devoted his life to universal service for all humanity. He continues to deliver free webcasts, teleconferences, and events that attract viewers and listeners from around the world. 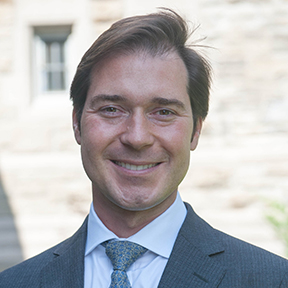 Alexandre Gheysen is the Treasurer of the Love Peace Harmony Foundation and has assisted in making the foundation a public charity. He has previously served in multiple non profits in Europe and North America

He manages the financial strategy, corporate finance, systems implementation, data security and management and oversees all legal and contractual issues for the company.